Skip to content
You are here
Home > Buzz Meter > Buzz Review of Kingsman: The Golden Circle 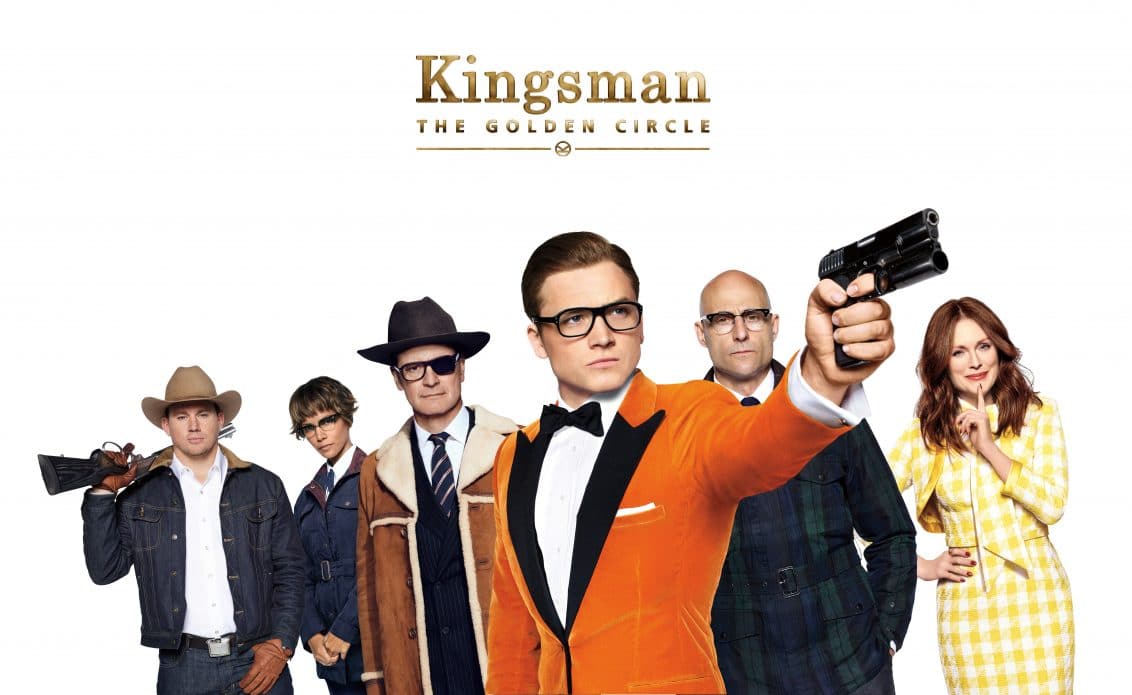 I love it when movie-makers dare to change the status-quo. Movies are like ice cream, and genres are different flavors. Taking a particular flavor often could be exhausting when it isn’t spiced up from time to time with different toppings like granola, berries e.t.c.  Nonetheless, Kingsman: The Golden Circle was a whole load of fun and originality like a Cold Stone ice-cream bursting with toppings that could make a rainbow wish it had more colors. If movies could be tasted then my Buzz Review of Kingsman: The Golden Circle is probably a narration of a decent attempt at trying to attain delicious goodness.

Kingsman: The Golden Circle was a film with a lot of life and balance. We all, at some point in our lives have given an excuse or two as to why we could not juggle it all, this film tells us to be humble…and sit down. Taron Egerton returns as our favorite Character; Eggsy, looking dapper as always in all forms of tuxedos (what is a secret agent without his suit? – Secret Agent 101). If anyone could make the war on crime look super cool, it’s them. Kingsman: The Golden Circle was packed with action, comedy and a couple of unnecessarily disturbing adult scenes.

The Cast, although, not as diverse as the prequel’s was adequately brilliant enough to pull off a wonderful performance. Nonetheless, every movie has its flaws, and so did Kingsman: The Golden Circle. The film suffered from a major plot hole which casual movie goers would easily notice if they paid attention well enough.

This was so distasteful for me, as it only made the movie convenient if you chose to just go with the movie’s cinematic build up at a basic level. The gap was so bad, it left so little room for the audiences’ imagination.

It was however delightful to see Fox Studios, Director Matthew Vaughn and his Oscar winning cast (Colin Firth, Halle Berry, Julianne Moore, Jeff Bridges and…a spoilery fifth) put forward a decent attempt at toppling the prequel. Unfortunately, too much emphasis was laid on cinematic detail and this couldn’t make up for lapses in the plot. A wonderful kudos goes to Julianne Moore as the real MVP of this showdown, her brilliant performance adds the cherry toppings to my Buzz Review of Kingsman: The Golden Circle.

Nonetheless, it is quite commendable that the Statesman didn’t over shadow the Kingsman as film stayed a Kingsman film even with their involvement. Kingsman: The Golden Circle teetered on the cliff of cinematic failure but was salvaged by a combination of past glory, fun, originality, great acting and a not-so-great patch work attempt at covering plot holes.

Let me know how you feel about my Buzz Review of Kingsman: The Golden Circle in the comment section below;

With their headquarters destroyed and the world held hostage, members of Kingsman find new allies when they discover a spy organization in the United States known as Statesman. In an adventure that tests their strength and wits, the elite secret agents from both sides of the pond band together to battle a ruthless enemy and save the day, something that’s becoming a bit of a habit for Eggsy.

Buzz Review Of Jumanji: Welcome To The Jungle – Was It Better Than The Original?