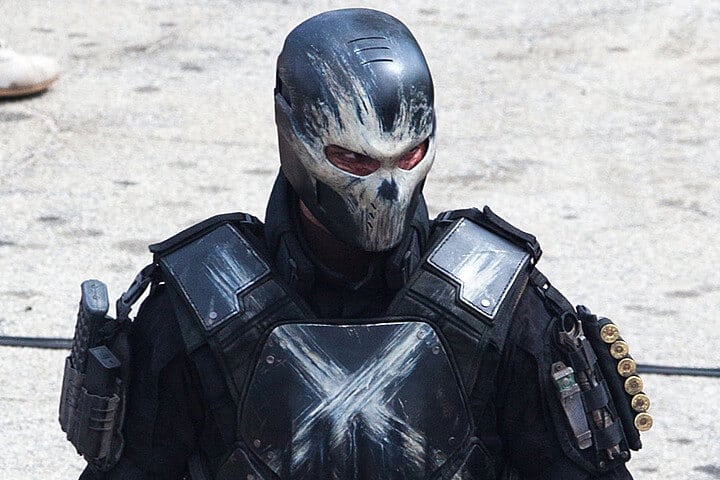 The Marvel Cinematic Universe (MCU) has evolved over the years, replenishing their fan base of newer generations with each film release. Nonetheless, after successfully building up their line of movies through three phases with the intention to climax the third phase with Avengers: Infinity War Pt. 1 & 2., the question on the minds of many remains “which heroes and villians would survive after Thanos lets all hell loose in Avengers: Infinity War Pt. 1 & 2.” Either way, Crossbones might be returning to the MCU in unexpected ways.

The great thing about comic book movies is that no one important ever really stays dead, whether they make a comeback in flashback scenes or are revived by some never-before-seen alien technology, they just need to be brought back to keep fans happy..sometimes. This seems to be the case with Frank Grillo’s Crossbones.

Frank Grillo joined the Marvel Cinematic in Phase 2 as Brock Rumlow who worked for S.H.I.E.L.D at the time but ended up being a Hydra Spy. His character was then reborn as Crossbones after surviving a collapsed building.

In an interview with Forbes, the actor might have slipped about the possibility of a return of his character to the MCU.

“It’s great to be part of Marvel too, and I have three boys who are fanatical about Marvel, and I was surprised not too long ago because there is some news that nobody knows yet, to do with my character, that’s going to be really interesting and I’m excited about that.”

The initial positive reception of his character had fans speculating on all the possibilities that could be explored with his introduction. However, those speculations were short-lived after his character was killed off. But in the light of his interview with Forbes, we are prone to believe that his character could very well see the light of day again.

If this is ever going to happen, it would likely be in Avengers: Infinity War. With Thanos wielding the power of the Infinity stones, no possibility could ever be ruled out for a character who has survived a bomb explosion and a collapsed building. Crossbones might be returning to the MCU, let me know what you think in the comment section below;

Steve Trevor Will Be Returning For Wonder Woman Sequel