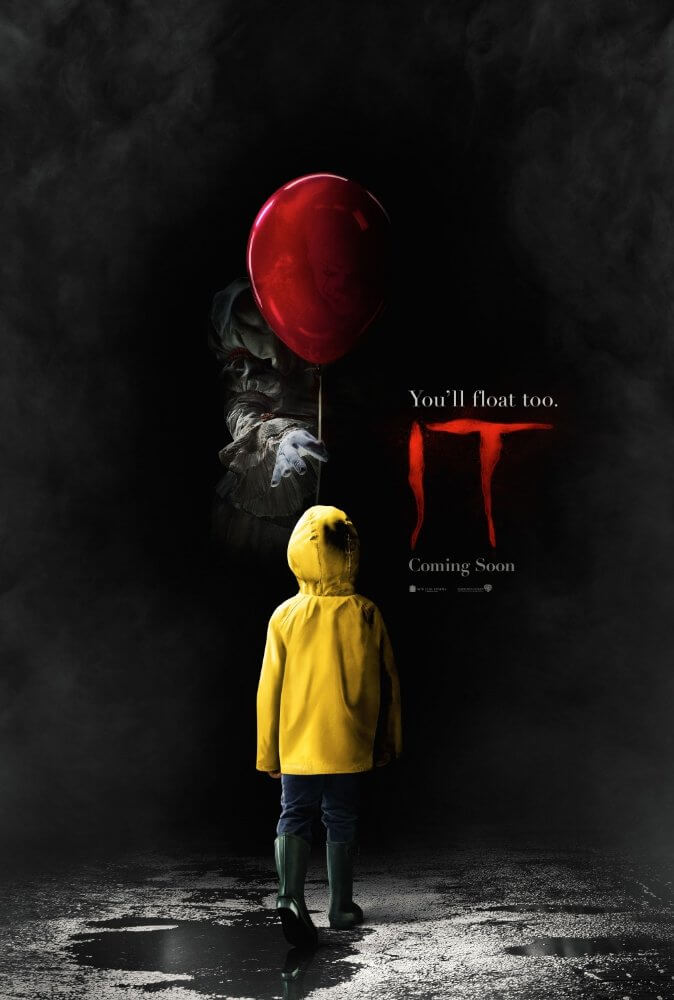 To all horror movie lovers out there, Stephen King in all his brilliance is out to please you again. Our first glimpse at “IT” is looking like art in its purest state. It is my pleasure to let you know that IT (2017) will make you love to hate clowns. From the production (which has a modern touch), to the makeup and costume, the big-screen adaption of Stephen King’s bestseller is out for blood! Kudos to Katherine Jane Bryant, for the costume! It’s absolutely brilliant! It’s so brilliant, IT may give you clown phobia…haha!…okay I’ll stop now.

“IT” is a movie based on Stephen King’s 1986 best seller novel by the same name. The movie has no rating yet, however, the project is a planned duo and “IT” also known as “​IT: Part 1 – The Losers’ Club​” is intended to be the first of the pair. This horror flick will likely have a sequel, but the producers are still focused on the success of their first shot. “IT” tells a story of seven children in Derry, Maine who are terrorized by ​a murderous clown​. Every 27 years, Pennywise, the dancing clown, preys upon local children of Derry, Maine.

Apparently, this is not even the first attempt to reproduce Stephen King’s most brilliantly horrifying work on the big screen. The initial attempt credit goes to ABC studios who aired it as a miniseries in 1990, and Tim Curry who played the titular Clown; IT (aka Pennywise). After speaking with a few folks who saw the 1990 version of the movie, we all agreed that it did no justice to the novel. The book itself boasted of instilling the fear of clowns into its readers who had no prior phobia for clowns.

Nevertheless, Pennywise, the Dancing Clown, my favorite character from the novel (don’t call me weird!), will be portrayed by Bill Skarsgard, a Swedish actor. He will be the main antagonist in this all-new, big screen rendition of Stephen King’s 1986 horror novel. The clown in “IT” (2017) looks more terrifying and creepy than the 1990 version. I love its “yellowish” glowing eyes and the creepy, egotistic smile. Bill seems to be the perfect fella for the portrayal of the character; Pennywise.

So, as we await the murderous clown with the ability to shape-shift, manipulate and go unnoticed by adults in theaters, let’s hope no one dies in the movie *wink*. With movies like “IT”, “Alien Covenant” and “It Comes At Night” coming out soon, I have high hopes that 2017 will exceed our imagination and quench our appetites for the horrific till we burp!…or throw up!

Come float with me. You’ll float too…YOU’LL FLOAT TOO!!!

IT premieres in cinemas on the 8th of September, 2017.

Want to know why IT (2017) will make you love to hate clowns? check out the trailer and official synopsis below;

In a small town of Derry, Maine, seven children come face to face with life problems, bullies and a monster that takes the shape of a clown called Pennywise.