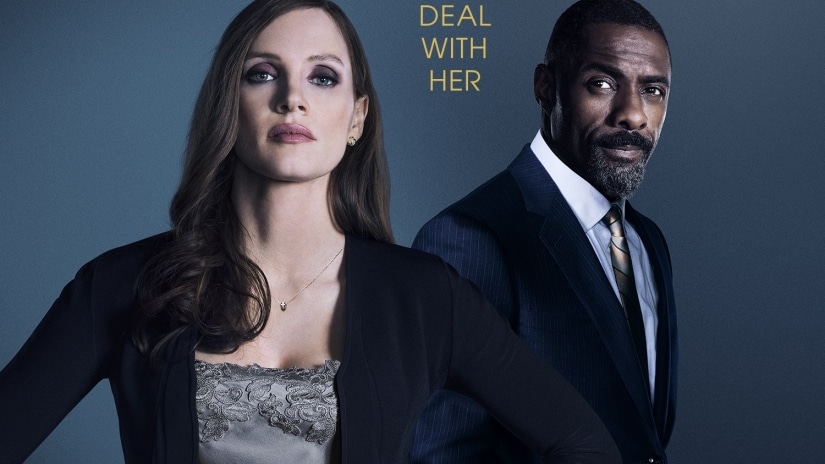 Damn! Just Damn! When a film with absolutely no action sequences or CGI effects leaves you so awestruck, you think about it for days, then you’d have to agree that it is something special indeed. Molly’s Game is a film that has placed itself on a pedestal that could only be reached about once in 10 years. My buzz review of Molly’s Game is a valiant rave about a film that could only be bested by the true life events of Molly Bloom herself.

Molly’s Game is a true life account of Molly Bloom; an Olympic tier skier who is known to have run the world’s most exclusive high-stakes poker game for a decade, before she eventually got arrested by the FBI. Right before she was arrested, Molly had written a book about her escapades, using aliases for most of the criminals that she got involved with (talk about guts!!!). This film was a thrilling power tussle of stakes, with an actress that brought it all home; Jessica Chastain as Molly Bloom was  the unapologetic queen of “go big or go home!”,  the audience loved her, and so did I.

I dare to say that Jessica Chastain’s performance in Molly’s Game would easily rival Leonardo Di’Caprio showdown in The Wolf of Wall Street. She simply murders the female stereotype and dominates every single character with nothing but intense wits and occasionally excellent judgement calls. Her character borders the line between major criminal tendencies and virtues of self-morality, while maintaining a balance of questionable innocence and integrity. Film Director; Aaron Sorkin puts forward one of the best cinematic thrills in decades and I will never ever forget this beautiful work of art, completely deserving of the sweet buzz meter score of my buzz review of Molly’s Game.

Also worthy of commendation is Idris Elba’s compelling performance as Charlie Jaffey; Molly’s Lawyer. He depicts a character with questionable and intense beliefs of delivering Justice, in a certain sense of the word. Idris’ ability to portray a character that would have a perfect mesh with Molly’s complexities was simply mind blowing.

Kevin Costner, on the other hand, delivers one of the best, show-stopping performances in a supporting role that I have seen this year. He simply owns his role and revives a sense of complete relevance of his character in the minds of the audience with every little screen time he got. Simply put my buzz review of Molly’s Game is a tell-tale of a complete masterpiece.

The plot draws inspiration from the true life’s story of Molly Bloom herself, and takes it on, in the most daring way possible. It practically challenges the integrity of the U.S Justice system and reiterates that the fact that “no one is actually guilty until completely, undeniably proven guilty”. Molly’s Game challenges the audience’s sense of self worth and delivers a positive revelation of the possibilities that could manifest from being true to yourself.

The cast of the film was excellent, the script was beyond beautiful and the delivery was captivating enough to keep me glued to my sit throughout the entire screen time. Everyone who texted me through the film was a “distraction”, I had to put my phone in my bag for this work of art. Nonetheless, Molly’s Game suffered from the fact, it became too obvious at some some point during the film that certain details had been deliberately left out of the script. It cannot be overlooked, but it does not sway my buzz review of Molly’s Game, as it is certainly understandable as there are many confidentiality contracts that goes into penning down a person’s life account. Asides that, it was indeed a wonderful film, and one of the most daring cinematic escapades in existence…now, its time for me to put the blu-ray in a show glass, and place it in a Nigerian museum…coman beat me!

The true story of Molly Bloom, a beautiful, young, Olympic-class skier who ran the world’s most exclusive high-stakes poker game for a decade before being arrested in the middle of the night by 17 FBI agents wielding automatic weapons. Her players included Hollywood royalty, sports stars, business titans and finally, unbeknown to her, the Russian mob. Her only ally was her criminal defense lawyer Charlie Jaffey, who learned there was much more to Molly than the tabloids led people to believe.

Like Loading...
Summary
Reviewer
Enioluwa Awopejo
Review Date
2018-03-11
Reviewed Item
Molly's Game is a film that has placed itself on a pedestal that could only be reached about once in 10 years. My buzz review of Molly's Game is a valiant rave about a film that could only be bested by the true life events of Molly Bloom herself.
Buzzer's Concensus
5